Vehicles today come with a fair share of innovations and gadgets, such as blind spot warnings, lane change alerts and in-vehicle entertainment. Technology developments have even given us satellite navigation and self-driving cars.

However, there are a number of lesser-known inventions that haven’t become mainstream because they haven’t caught on – yet. While the ideas behind them are brilliant, we’ll let you judge if they may become a technological reality one day.

According to Huffpost, the Exhaust Burger was invented to cook your hamburger patty using the heat that your exhaust generates as you drive your car. “What about the highly toxic fumes?” you might ask. Well, the clamshell design separates the noxious gases from your food and uses the heat from the exhaust gases instead. If you’ve ever wanted to cook yourself a hamburger patty while on a short drive, this is the invention for you. 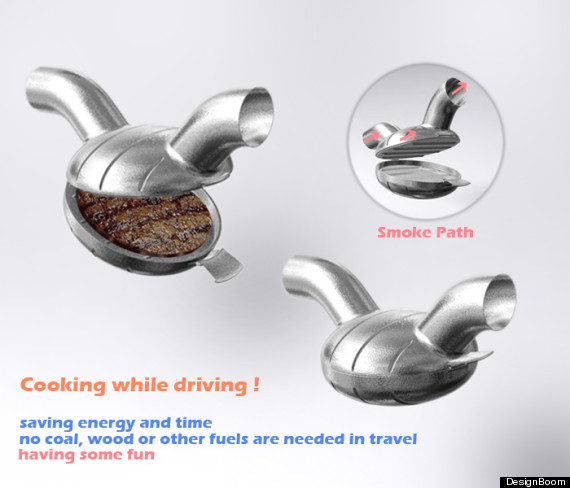 Long journeys on the road with children in the back seat can result in headaches and frustration and lead parents to question their life choices. Designed by automobile companies in the 1940s and 1950s, the Children’s Partition aimed to solve the problem by cutting off the sight and sound of children in the back seat. This is similar to the privacy partitions in use in limousines today. While a good idea in principle, the majority of parents claimed it wasn’t safe to lose sight or sound of the back of the car. Unfortunately, good parenting nixed this concept for the rest of us.

Originally designed in 1932 for the tiny one or two seated automobiles that were around at the time, was an invention called the Bird-dog’s Palace. A solid sheet steel cage was fixed to the running board on the side of the car to easily transport dogs. Predictably, this highly unsafe mode of transport was deemed unusable and people began taking their dogs inside their cars instead. This was, however, safer than the Dog-Sack, which was literally a sack fixed to the car window, with a hole for the dog to pop its head through. 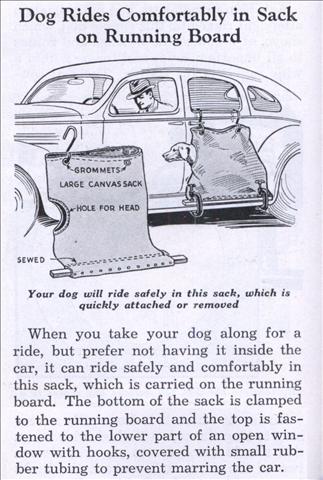 If you’ve ever touched the roof of a car on a hot day, you will know that it generates substantial heat. This has led to the idea of creating solar energy using the sunroof as a solar panel. The electricity would then be used to power ventilation fans inside the car. Car companies have tried to prove this concept and get it past prototype stage, but its downfall so far has been that the fans fail to reduce the interior temperature of the car sufficiently. Plus, there are other, more established, ways of generating power inside the vehicle engine.